Next to dogs, rats are my favorite pet to own. In my opinion, compared to other small rodents such as mice and hamster, they are the best small pet you can own. They are extremely intelligent in that you can teach them tricks and they love to be handled as they aren't as skittish as other small rodents. Because of that, I think they make excellent "first pets" for children. 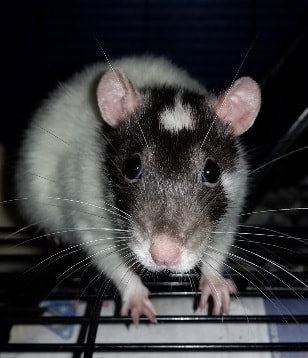 -This is Tina. She's the oldest of my rat crew. She's also a glutton as her favorite thing to do is eat and she does NOT like it when anyone gets near her when she eats. She will squeak and kick at the other rats if they are in her personal space while eating, lol. 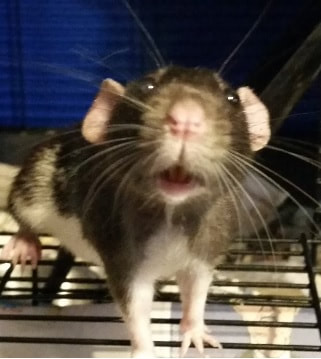 -This is Regina. Her name means "Queen" in Italian. She is a Dumbo rat as her ears are on the side of her head as opposed to being on the top of her head. She's the most lovable of my rats as she loves to give kisses. She's also the most bossy rat as she does like to show her dominance to the younger rats. 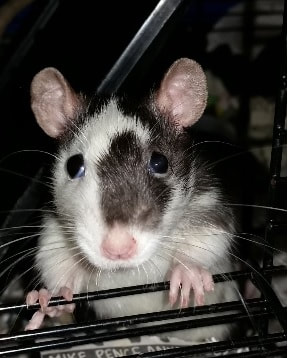 -This is Sabrina. You can't tell from this picture but she's actually missing part of her tail! We don't know if she was born that way or lost it somehow. Even though she's a little gimpy, we love her nonetheless. She's the most adventurous of the crew as she likes to go exploring and fears nothing. 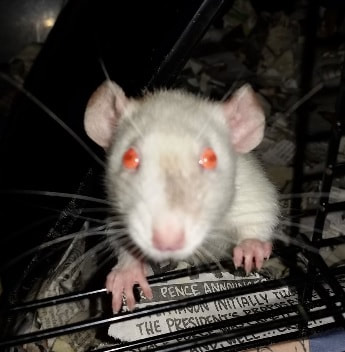 -This is Catalina. As you can see, all of my rats have names that end in "ina". She's the baby of the group and like Regina, she's a Dumbo rat. She's very inquisitive and she also loves to eat. She has a habit of hiding food from the other rats but gets upset when Tina manages to find her stash, lol.
Being that I have a lot of rats, I do have them in a large cage. This cage allows them to climb and it has different levels for them to run around on. It also has 2 large wheels, Kaytee Silent Spinner, for them to play on. I prefer these types of wheels, as opposed to the wire ones, so that their feet doesn't get caught in it and because these wheels are "silent" as opposed to the wire wheels. I prefer to use paper type bedding, such as Kaytee's Clean and Cozy or Carefresh Complete, because it's said that wood shavings, such as pine or cedar, may cause cancer in small critters. The only wood shavings I would consider is aspen. I also add shredded newspaper because they like to make nests with it. 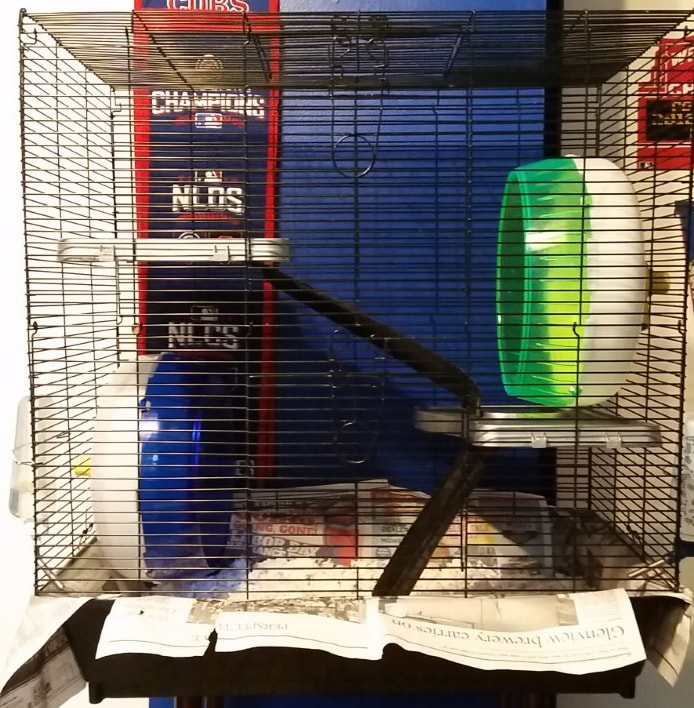 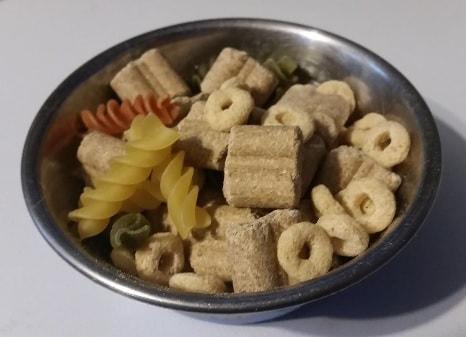 -Rats are really easy to feed. They will eat ANYTHING. I feed my rats a custom diet as I don't think typical mice and rat feed is suffice as it has a lot of things in it that they will not eat. I give them a mix of rat and mice blocks, such as Kaytee Forti-Diet Pro Health Mouse, Rat and Hamster food although I currently use a rat and mice block by Wild Harvest purchased at Walmart, oat cereal such as Cheerios or a generic brand, and garden rotini. You can also substitute the blocks for a dog kibble. The kibble must be below 18% protein as too much protein is not good for rats. I recommend, and have fed, Natural Balance Original Ultra Reduced Calorie Formula, however, I rarely use it as I noticed my rats really don't eat it.

In addition to their main diet, they are also given fresh fruits and vegetables and I often share some of my own meals with them. When I said that rats will eat anything, I am not lying. My rats have eaten pizza, Mexican food and French fries and it's all in moderation. For snacks, on occasion, I do give them dog biscuits to help wear down their teeth. I buy SportMix's Wholesomes Grain-Free Puppy Variety Biscuits as they're small enough for the rats to hold.
If you are interested in acquiring a rat, they can be purchased at various places. There are breeders of rats who specialize in different varieties. Rats do come in different colors, patterns, coat types and even hairless rats. Rats may be found at shelters and rescues. I purchased my rats at Animal Island Pet Shop. They were feeder rats. I have a bad habit of checking out the feeder rat bin and when I see one that catches my eye, I take it home. I prefer to get mine when they're babies. I look for clear eyes, clean nose, clean tails and a nice coat. You don't want one that's really skinny, has eye or nose discharge, brittle coat or is lethargic as that is a sick rat and it will probably not live long. Keep in mind that rats are considered an exotic pet and it can be expensive and hard to find a veterinarian that treats rats.

I prefer females to males as males tend to have an oily coat as they grow older. The only bad thing about owning females is that they are prone to mammary tumors and sadly, I have lost many a female to them. Another sad thing is that these wonderful critters do not live long. 2 to 3 years at the most. They really do manage to capture your heart which makes it worth owning them.

Chewy.com: Chewy has the best prices for pet supplies. This is where I buy the majority of my pet stuff.